1997 G.M. Winner is DJBII with an average score of 19.  Congrats Dan on your second GM!  Doug Hoadley came in second with a fairly respectable 17.8.  It is to be noted that if he had not played in either of the games of 7/13/97 when he was beat by his wife & father-in-law respectively he might have won!

[in the hand of TDB] 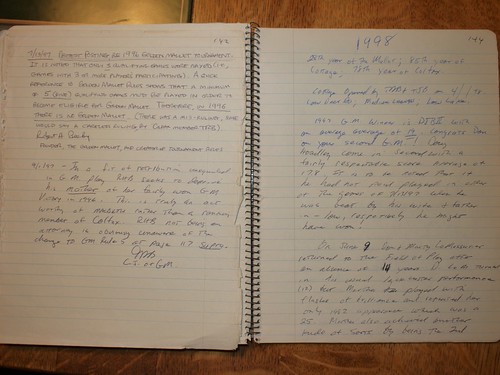 This entry was posted in General Notices. Bookmark the permalink.